Torch Parade, the 18th Anniversary, the Green Bay Packers, and another walk!

18th Anniversary
We had a nice long 18th Anniversary celebration in our colosseum.  The Green Bay Packers made their entrance in the High Andes of Peru! 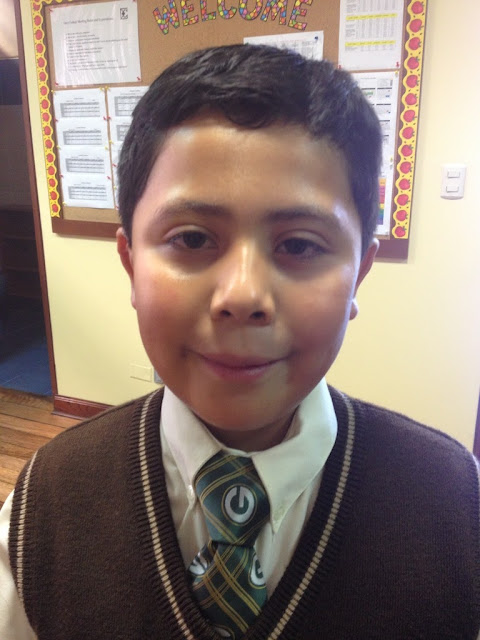 This guy forgot his tie for the anniversary celebration, and I just happened to have one for him to wear.  He was a lead in our celebration skit.  After the skit, he gave me the tie back and I wore it the rest of the day!  Go Pack!!!  Here he is on stage with the Packer tie! 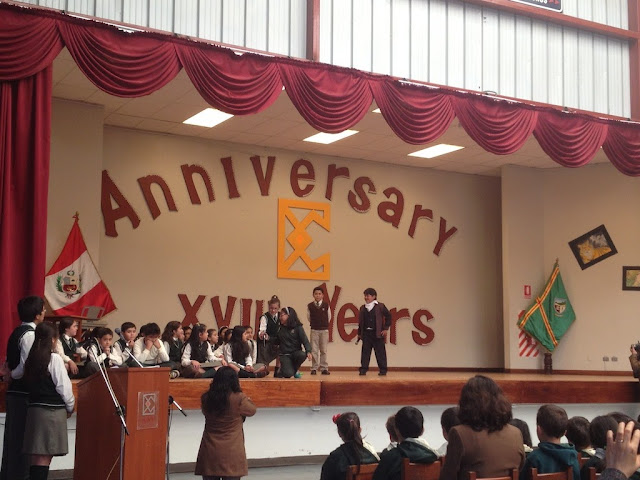 The anniversary celebration was a big success and a lot of fun.  Here is a picture below of our whole primary school except for our fourth and first graders. 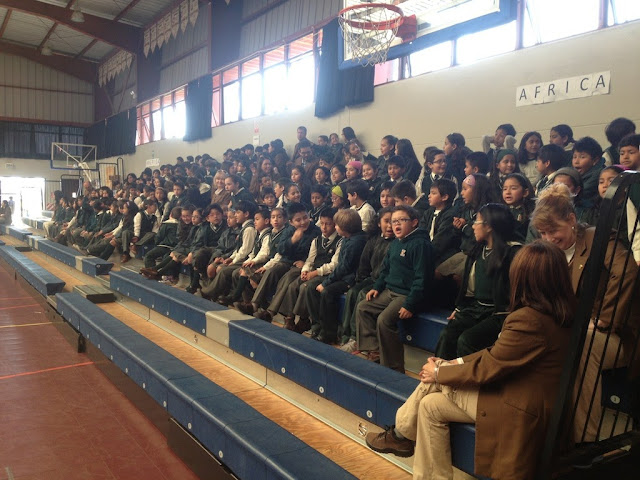 On to the Torch Parade!
You might ask yourselves, does he really mean torches, I mean there are a bunch of little kids?  No of course I don't mean real torches, just candles in highly flammable candle holders.  Here are Kerry and I with our torches. 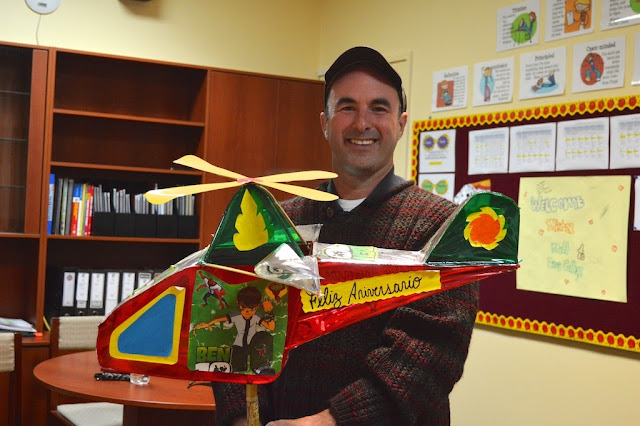 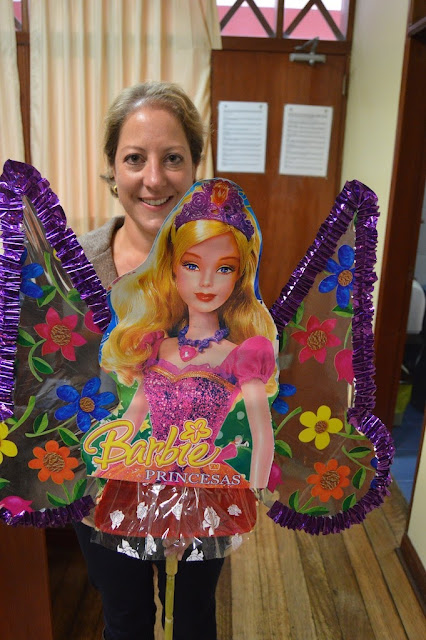 Here are some of the children with their torches!! 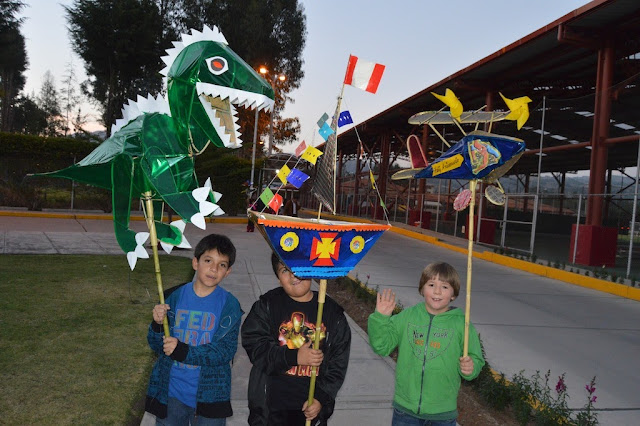 My Superintendent and his Wife with their torch!! 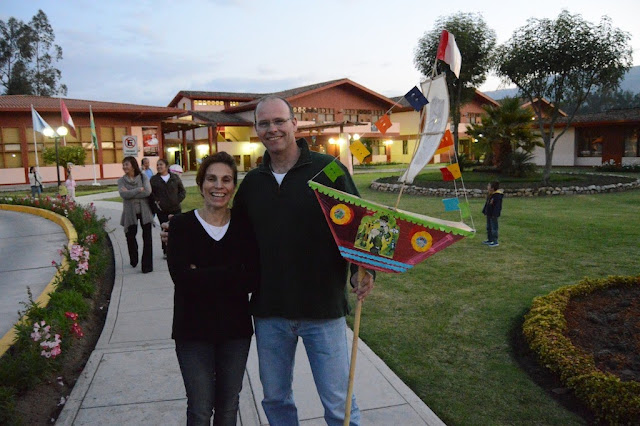 Once the dark settles in we all take our torches and march around the school grounds in the dark with a marching band, afterwards 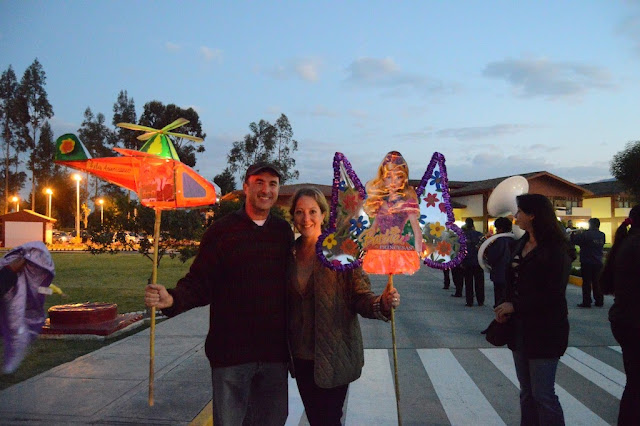 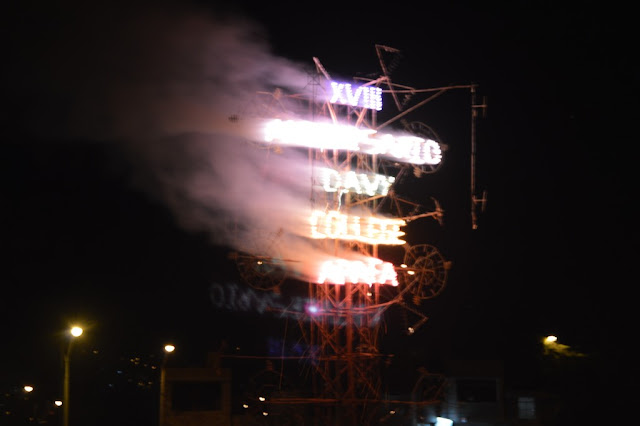 Today Kerry and I walked back through the fair and up into the hills.  We saw an alpaca, the hills and afterward, I found a guy sharpening knives outside a restaurant and I asked him if he could come by the house; he did and sharpened five knives for $3.60. 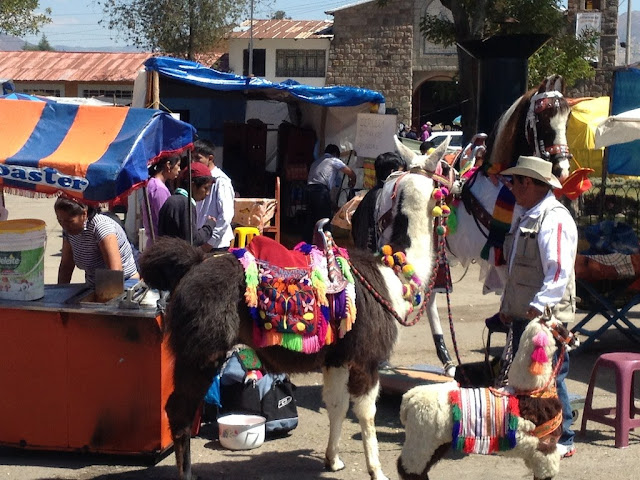 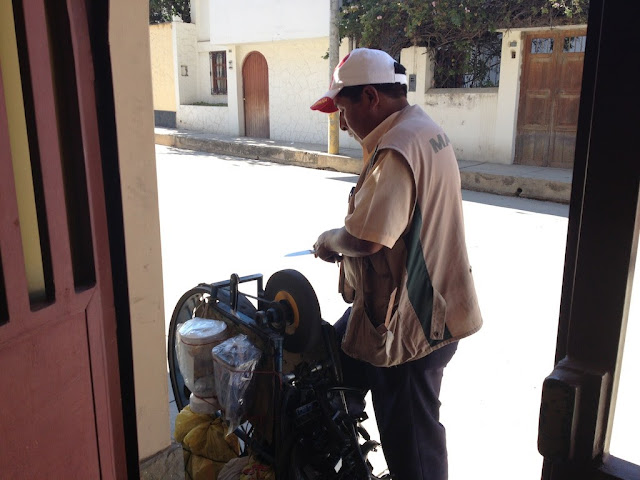 Tomorrow we will have a Packer Party at the house for forty of our closest friends.  Interestingly people are not sure what to make of a party to watch a football game.  They are asking things like "so we come over and watch a football game?"  I say yes! and eat chili!  and drink beer!  Here is the chili.  Kerry has been making herself useful, I said that I was going to make the chili but like a good chef, all I had to do was assemble it.  Kerry did all the cutting and browning of meat for me.  I did have to season it which I think I did masterfully; we will see tomorrow.

The menu includes two dips, chips, pretzels, two chilis for halftime, and whatever anyone else brings.  The parties are bring a snack and something to drink affairs which is awesome!  Here is my chili being made right now! 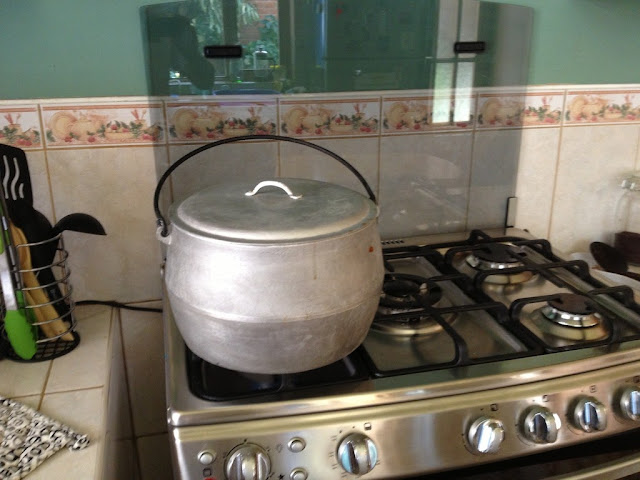 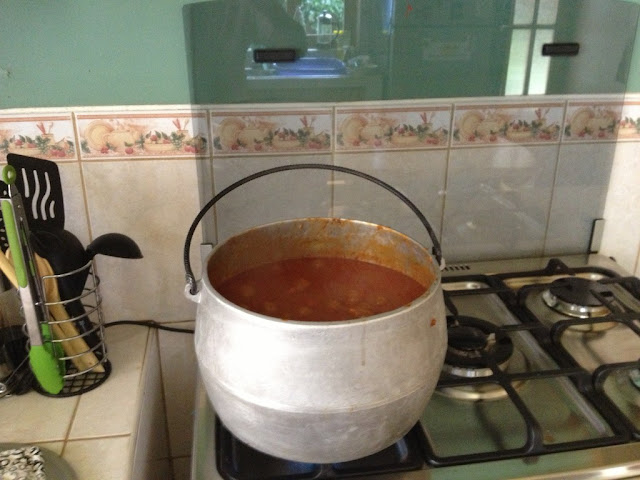 We have been taken out and invited over to people's houses for different events and the best thing to take from all the events has been a window into their traditions and cultures.  Tomorrow we share ours: Green Bay Packer pride and traditions!
Posted by Matt Geiger at 2:58 PM

Hi Matt Sharon here, I'm wondering why does everyone else's torch look somewhat "traditional" and Kerry has Barbie Princess? :,) She always does want to stand out!